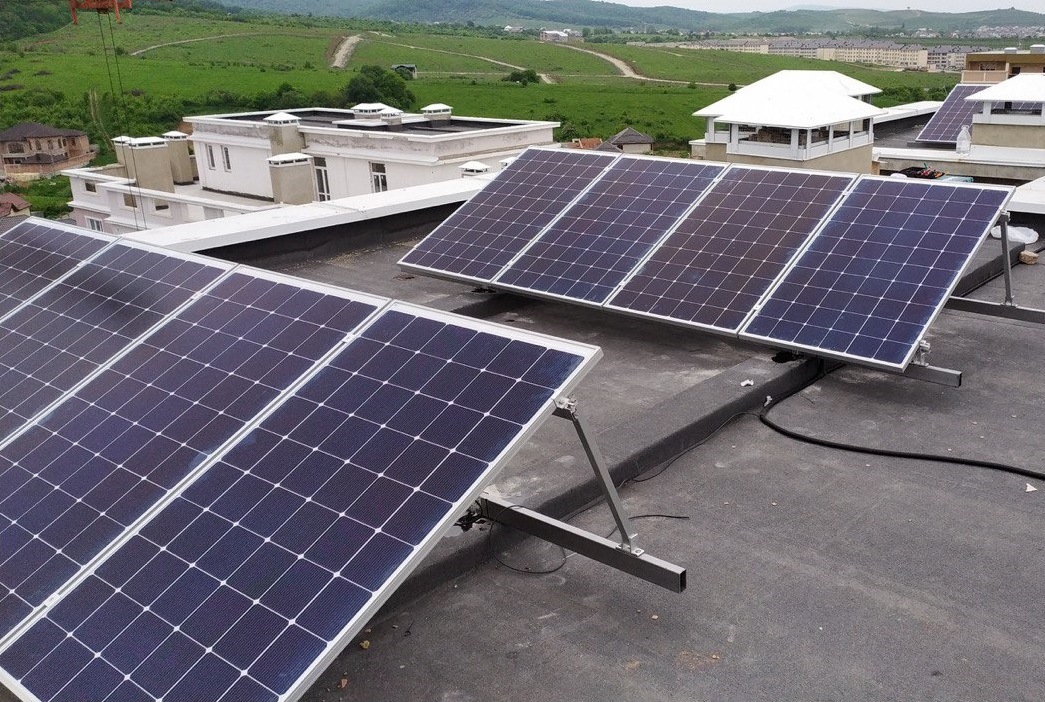 In Kabardino-Balkaria, the Hevel group of companies and Sber implemented the first project for the construction of a solar power plant in an apartment building.

16 Russian-made photovoltaic modules with a capacity of 315 W each are installed on the roof of one of the Cascade housing estates in Nalchik.

Solar energy technologies were introduced by the developer of the residential complex – SZ Stroykommunservis.

“Sberbank is actively involved in the formation of a green economy. We implement projects in the field of renewable energy, adhere to the principles of ESG and actively promote them among our customers and partners. This project is a continuation of our long-standing and fruitful cooperation with SZ Stroykommunservis: we previously financed the construction of this residential complex, and now we are helping the developer to introduce clean energy at this facility.”

Solar modules are produced using heterostructural technology, which ensures their increased performance. This type of panels are durable in use, characterized by low degradation and low temperature coefficient, which makes them even more effective in hot climates.

“This project is the first experience of introducing solar energy at housing construction sites in Kabardino-Balkaria. The capacity of the installed network solar power plant is 5 kW, which will allow generating up to 7.5 MWh/year. This is a big step for the entire industry to make housing construction greener and reduce energy costs in the future.”

The design of the solar power plant and the supply of equipment were carried out by the official distributor of Hevel products, the Volta Energy company.

“The introduction of green technologies into urban infrastructure, housing construction is a modern trend that gives developers competitive advantages, and allows residents to save their expenses for general house needs. The project implemented in the residential complex “Kaskad” is a good example for replication in other cities and regions of our country.”